Tom O’Dell on the art of shopkeeping 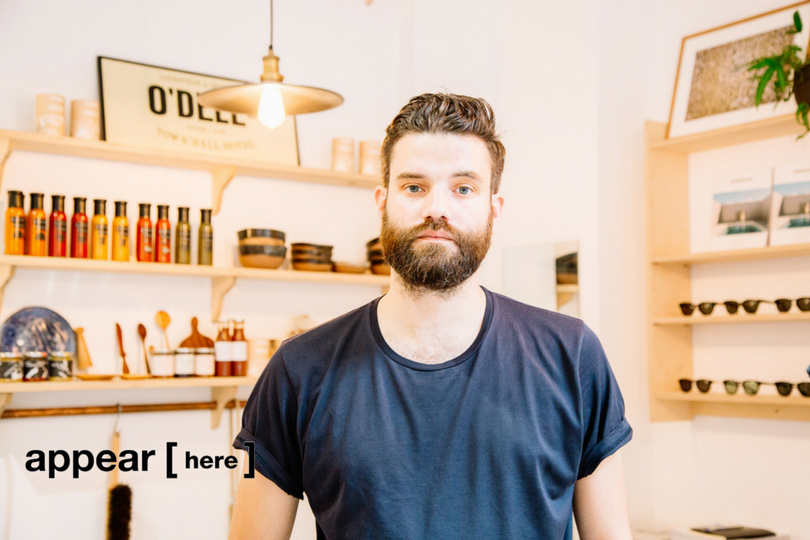 Tom O’Dell is the man behind one of London’s coolest new menswear and lifestyle stores: O’Dell’s. Since opening on Calvert Avenue in 2014, it’s built a reputation as the place to discover the best under-the-radar craft and design brands. And already it’s expanded into a second location in Tufnell Park. We headed along to O’Dell’s to find out how he made it happen and what makes the art of shopkeeping.

O’Dell was just fourteen when he began working in retail. “That’s where I learnt the ropes: how to sell, how to merchandise, and most importantly how to treat customers. I always knew I wanted to have a shop and run my own business, but I was just waiting for the time when it was financially right for me to do that.”

However, an opportunity came about that was too good to ignore. A space attached to his friend’s shop, Luna & Curious had become available and O’Dell only had a couple of days to make up his mind after hearing about it. Within the weekend he’d quit his job and signed up.

O’Dell explains, “I was working in PR for Nigel Hall at the time, so it was a pretty tough choice leaving a good job to start out on my own – but I went for it. Initially, I’d planned to do a menswear store but I realised it wasn’t feasible for the size of the shop so I looked to stocking more lifestyle items.”

Despite not having any time or money to spend on PR and Marketing, when the doors opened O’Dell took £700 in the first day. “My mum always told me, as long as you sell one thing you have one customer, so I went in with low expectations, so I was pretty pleased. I’d love to say it’s always been like that since but retail is tough and people quite often forget that,” he warns.

O’Dell’s passion for beautifully crafted products is evident throughout his shop. Every piece in the has a story behind it. A particular favourite are the handwoven rugs which O’Dell stumbled across in a mid-century modern fair in Brockwell Lido, “I saw this 80-year-old lady selling rugs which she makes from her flat in Pimlico – each one takes her over 70 hours to weave, “ he remembers, “when I launched my store, I knew I had to stock them and they’ve been one of my best selling items since.”

In order to stand out from the big guys, O’Dell ensures many of the brands are exclusive to his store. Currently over 70% of the brands are only available at O’Dell’s in the UK. Notably, 60% are made in London. “Manufacturing still has a long way to go in the UK, but it’s nice working directly with makers in London as you can be a lot more flexible with your stock,” O’Dell explains, “a couple of the brands even have their workshops around the corner, which is handy if you have a customer who wants to alter something or personalise their purchase.”

Despite being a small space, it’s an exceptionally photogenic shop, earning it thousands of Instagram followers and tags. O’Dell claims the secret to great visual merchandising is to try and give every product an equal space and opportunity to be seen and sold. “Ten years ago shops used to pile the main table full of all the stuff they wanted to shift. In my store, nothing shouts louder than the rest. Everything has its own place. I like to keep it simple and clean – nothing fussy.”

However, O’Dell is sceptical about placing too much importance on social media and visual merchandising. “At the end of the day, retail isn’t about merchandising or taking nice pictures on Instagram, it’s all about the people. Don’t go into retail if you don’t like talking to customers,” he stresses.

For O’Dell, this is the most crucial part of running a successful store.“There’s an art to selling. It’s still the same from 100 years ago, whether you are a market trader or department store. To survive as a retailer you have to be able to sell. It’s fine people taking photos, but if they don’t buy then that’s a problem.”

So what is the art of selling? O’Dell believes it all comes down to passion. “If you know and love your products people are going to love them too. It makes all the difference that I can tell people the story behind the brands at O’Dells – where they’re from, what they’re made of and what the person’s like who makes them.”

With this lesson in the art of shopkeeping in mind, we took a tour of O’Dell’s store to discover which products and makers are exciting him most at the moment.